Three Things To Know About Marijuana Offenses In Colorado 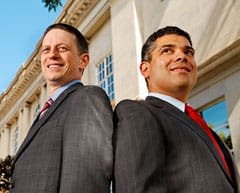 Along with Washington state, Colorado legalized marijuana for recreational purposes in 2012. Several more states have followed since then, including California.

Marijuana remains a controlled substance under federal law, however, and compliance with Colorado's state law is based on a detailed set of requirements. It's important to be aware of your rights as cannabis laws continue to change.

If you're looking for more general information, here are three things to know about marijuana in Colorado to help you to understand your situation better.

The age to buy marijuana legally is the same as alcohol: 21.

When Colorado legalized recreational marijuana, the law came with a minimum age requirement for legal sales. As with alcohol, that age is 21.

There is still no objective test for drugged driving.

When Colorado legalized recreational marijuana, there was concern in the law enforcement community about a possible increase in drugged driving.

The data is not really conclusive at this point. But there is still no objective test for drugged driving that is comparable to the 0.08 test for alcohol.

In the past, officers sometimes claimed to be able to detect marijuana by the smell. Using smell is not necessarily reliable, however, with many of the project that now contain cannabis.

Despite the national trend toward legalization at the state level, marijuana remains a controlled substance under federal law. It remains to be seen how the Trump administration might change federal enforcement policies.

Get The Help You Need

Our lawyers can help you protect and assert your rights as marijuana laws change. To arrange a time to talk or complete the brief online form. From our office in Delta, we serve clients throughout the Grand Junction area.